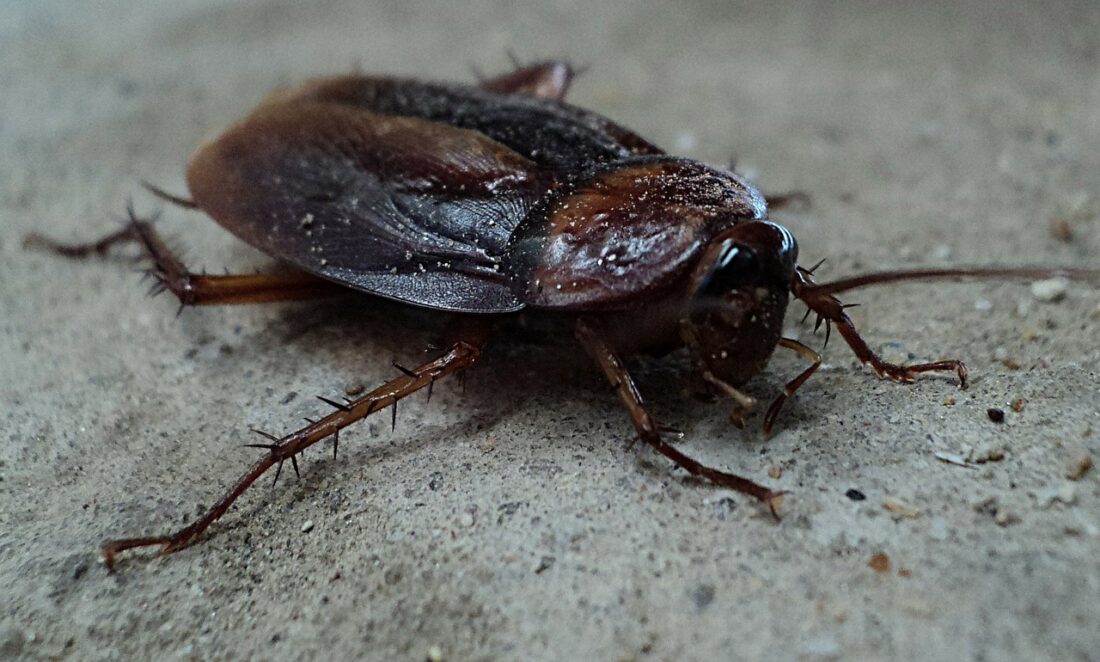 As if one isn’t enough, there are 4,500 different species of cockroaches all over the world. Four of these, unfortunately, invade homes all over the United States. The American cockroach, in particular, is the most fearsome (and nimble).

A cockroach infestation may not cause the same massive damages as termites or rodents do. Most of their effects, however, have to do with the pathogens they carry. According to scientists, these critters are carriers of at least six parasite species. These include roundworms and hookworms, to name a few.

That should be enough reason for you to be on the lookout for these health threats.

To that end, we’ve come up with a list of the top signs that indicate roaches have invaded your home. Keep reading to learn more about them, as well as tips on how to get rid of a cockroach infestation.

Have you seen debris that looks like ground black pepper or coffee grains outside of the kitchen? If so, then what you’ve noticed are likely cockroach droppings.

In some cases, larger cockroaches can also leave behind feces as big as grains of rice.

Although roaches can leave their feces anywhere, they do have “hot spots” too. In most cases, they defecate near their primary food sources and nesting grounds.

Now, keep in mind that they like to nest near their sources of nutrition. Unfortunately, that means your food, so contamination can quickly spread.

As such, your kitchen is one of the first places to check for roach droppings. If you do have a roach infestation, you’re likely to find their feces inside food storage areas. These include cabinets, closets, drawers, pantries, and shelves.

You may also find these excrements on top of, underneath, and behind the fridge. The same goes for the cabinet under the sink and the areas beneath and at the back of your stove.

What to Do With Roach Feces

Researchers found that cockroach feces can contain 950 to more than 30,000 EU/mg of endotoxins. That’s a lot of endotoxins, which are substances that can trigger asthma development. In many cases, exposure to these agents can also worsen asthma and other lung problems.

That’s why it’s vital to clean up and dispose of roach feces as soon as you notice them. Be sure to wear gloves and masks whenever you do, and if possible, use a vacuum cleaner. Thoroughly clean and disinfect your hands right after taking care of roach poop.

Between 78% and 98% of US homes in urban areas have cockroach allergens. Many of these consist of the endotoxins we mentioned previously. Either way, exposure to these allergens can result in respiratory and skin symptoms.

In many cases, these include coughing, wheezing, and nasal congestion. The feces, saliva, and shed roach skin can also cause skin rashes, as well as ear and sinus infections.

Moreover, anyone, even those who don’t have allergies, can exhibit these symptoms. The risk, however, can be much higher in folks with existing lung concerns, such as asthma.

If these health signs occur and you’ve also seen roach feces at home, then you likely have an infestation. In this case, it’s best to ring up your local pest control service to gauge the severity of the issue. The sooner they can treat your home, the faster you can control cockroach populations.

Cockroach hatchlings are tiny and have a body covered with a hard outer cuticle. It’s like a rigid shell that doesn’t stretch or grow as the insect does. As such, roaches have to shed their skin as they mature, and they do so for about five to eight times.

Shed skin, which is often light brown, often retains the form of a cockroach. If you see these at home, you likely have an infestation problem.

That’s because roaches multiply at such a rapid pace, which is also why they’ve withstood the test of time. In fact, according to https://www.altuspest.com/, one German cockroach and its offspring can already produce 300,000 roaches in just one year. That’s an average of at least 820 roaches given birth to in a day!

So, the best thing to do when you see these shed skins is to clean them up and then contact your local pest exterminator. You don’t want another day, much less a year, to pass by, as that may mean dealing with thousands more of these insects.

When cockroaches lay eggs, they do so in the form of a capsule, called “ootheca.” The number of eggs per ootheca varies depending on the species of the roach itself, but it can range from 16 to 50 eggs. Female roaches can also produce several oothecae in a lifetime, with some laying up to 10 egg cases.

Most oothecae are small, with sizes ranging from 0.07 to 0.19 inches in length. At first, they are often white, although they darken and harden over time. For most cockroach species, the egg capsules develop a reddish-brown or brown exterior.

Some oothecae, such as those from the American roaches, have no ridges, but are instead, bloated. In other species, like the German ones, the cases have visible ridges. Also, note that German cockroach egg capsules are more yellowish than brown.

Check any other area of your home that’s out of the way, has warm temperatures, and is near food. These are prime breeding and nesting grounds for cockroaches.

What to Do If You Find These Egg Cases

If you see egg capsules lying around, those are likely to be empty. That means the baby roaches are already on their way to becoming parents themselves. That’s why the first thing you need to do if you encounter roach oothecae is to get in touch with a pest control expert.

In places where there’s a lot of moisture, cockroaches can leave smear marks on surfaces. These are often brown or dark streaks on walls, floors, window sills, and other surfaces. They are usually flat, but if food sources are abundant, they can also look like raised spots.

Where Else Can You Find Those Streaks?

Cockroaches often leave these smear marks wherever they defecate. So, aside from the places mentioned above, these disgusting streaks can also be out of sight. They can be inside the walls, at wall-floor junctions, and even the food that roaches feast on.

What to Do With Those Unsightly Marks

If you see any of these smear marks, be sure to clean them up as soon as possible. Don gloves and masks once again, and then take out your trusty vacuum cleaner. Use the machine to suck in any loose and dry droppings first.

Next, mix some hot water and detergent soap and use this to wipe down the affected surfaces. Depending on the material of the surface, you may be able to use ordinary household bleach or baking soda. Baking soda, with its antimicrobial properties, may also help cut down lingering pathogens.

Note, however, that these tactics will only help you clean the streaks that you can see. Meaning, it won’t get rid of the root cause of the problem, which is the pesky critters themselves. As such, it’s best to schedule a cockroach extermination service the earliest you can.

As ridiculous-sounding as this may be, cockroach feces emit a pheromone. You probably know this as the chemical that induces sexual arousal in humans. In roaches, the compound attracts their kind to the area where they defecated in.

From a human perspective, however, the roach pheromone carries an unpleasant musty odor. As the cockroach infestation worsens, so does the foul smell. In time, it can become so intense and pungent.

Also, remember that roach feces contain a lot of endotoxins and other allergens. So, combined with the musty smells, they can cause even more severe health symptoms.

Where It Can Smell the Worst

The scent can affect your entire home since the smell can travel through the air. The odor is usually most noticeable in the areas where roaches feed, breed, and sleep in, though.

You may also notice the foul smell whenever your home heater or air conditioner kicks in. This is especially true in houses that use duct networks for central air systems. The ducts themselves may house both live and dead cockroaches.

What to Do If You Smell Roach Pheromones

Once roaches become odorous, that often means they’ve reached the point of infestation. Also, as long as these insects defecate, they will keep producing the pheromone. The more of these chemicals they emit, the more roaches will swarm into your home.

So, the longer you put off pro pest control, the greater the roach population will get. As such, it’s best that you hire professional exterminators as soon as you can.

7.  You See the Actual Critters Scurrying Around

Cockroaches, as nocturnal creatures, usually stay hidden in the day and only come out to feed at night. They like to get to work and look for food when there’s the least possibility of interruption. So, if you do encounter them at home, that’s a solid sign that you have an infestation going on.

Where You’re Most Likely to See Live Roaches

Some species, like the German cockroach, require humidity and warmth. As such, you’d find these in rooms with more dampness, such as kitchens, bathrooms, and laundry rooms. They also have sticky footpads, so they can scale walls and even smooth surfaces like glass.

Others, like the Oriental cockroach, can survive in cooler (but still damp) environments. You’ll often find these in basements, drains, and even sinks.

What to Do If You See Them

Should you swat or step on a roach? Or should you spray it with insecticide while shrieking? These are common “confused” reactions people have when they see roaches.

You can do all of them, but unfortunately, they’re unlikely to kill the insects. Roaches have, after all, such tenacity that they can survive nuclear radiation. Scientists even found them to have the ability to live even without a head.

Unfortunately, another thing that makes them nearly invincible is their resistance to pesticides. They’re becoming more adept at resisting common household pest sprays.

With that said, the best way to get rid of roaches is with the help of a professional pest control company. These folks use a variety of treatment options that roaches aren’t resistant to. That makes specialized pest extermination the most effective way to eradicate them.

Get That Cockroach Infestation Under Control ASAP

As you can see, a cockroach infestation can be difficult to resolve on your own. These insects, after all, are so hardy, thanks to their impressive ability to evolve. That’s why you need the help of pro exterminators to get all of them, from oothecae to adults, out of your home ASAP.

With their help, you can reduce the risks of potential health problems caused by these pests. Plus, pest control experts can help you keep roaches from getting back into your home.

Ready for more expert tips and guides like this? Feel free to check out all the other categories on this site then!

Time to Sleep: The Best Times to Sleep and Wake Up 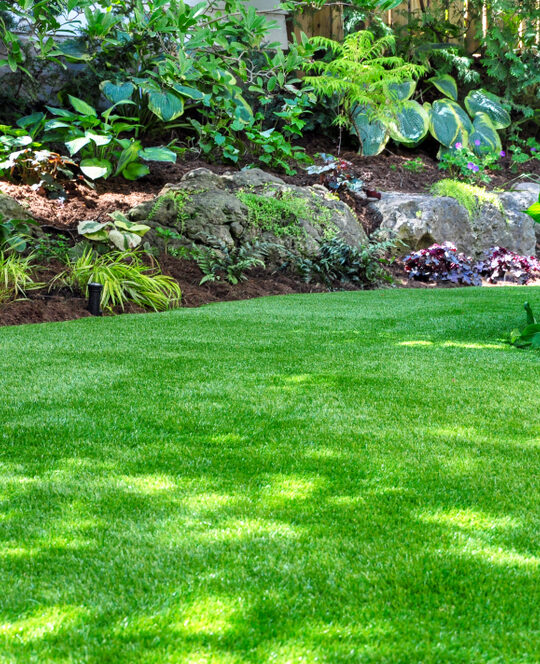 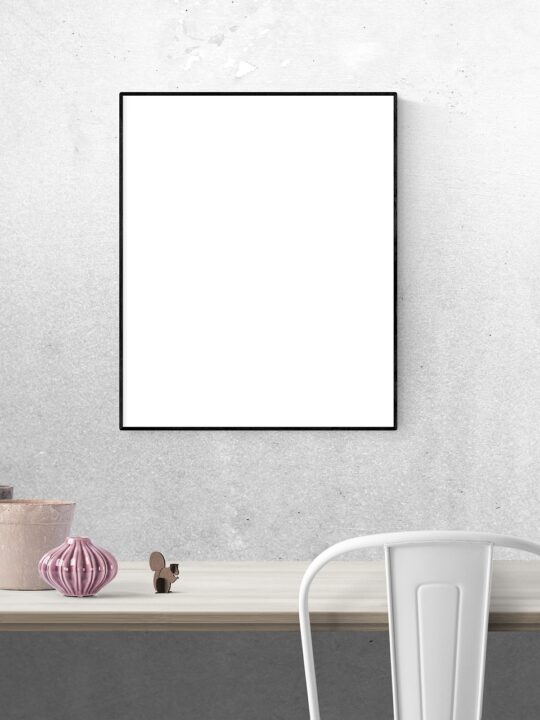 What Can I Put on a Blank Wall? 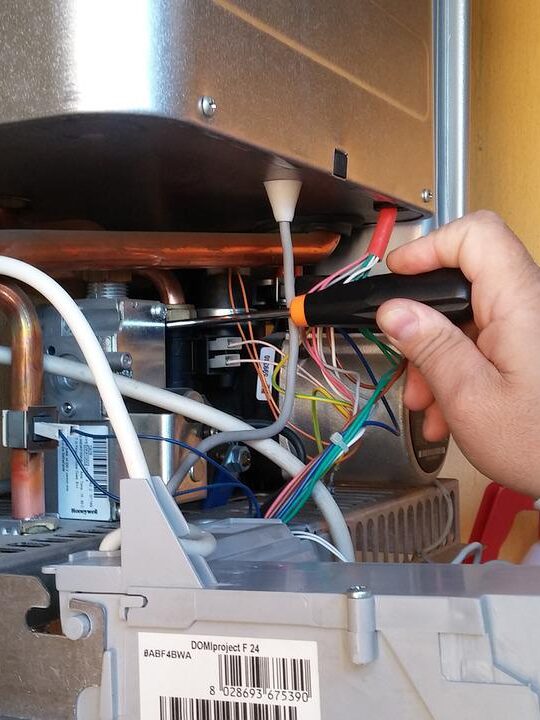 Water Heater Repair: Major Signs That You Need a Plumbing Service and How to Choose the Right One 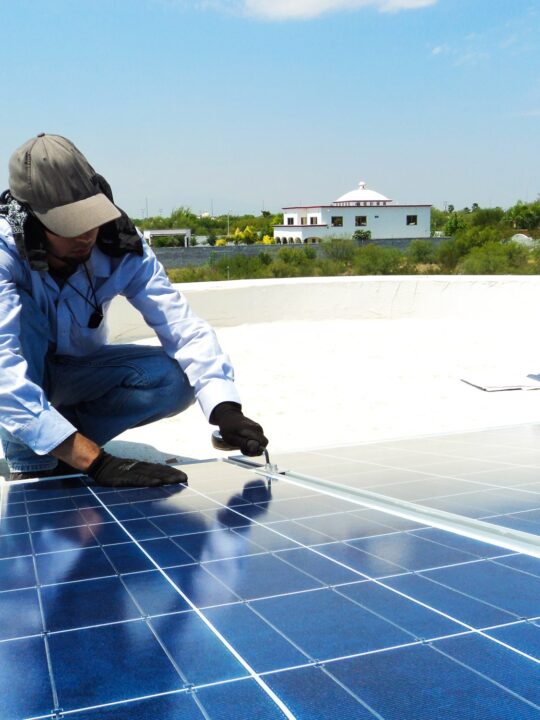 What Is the Best Type of Roof for Installing Solar Panels? 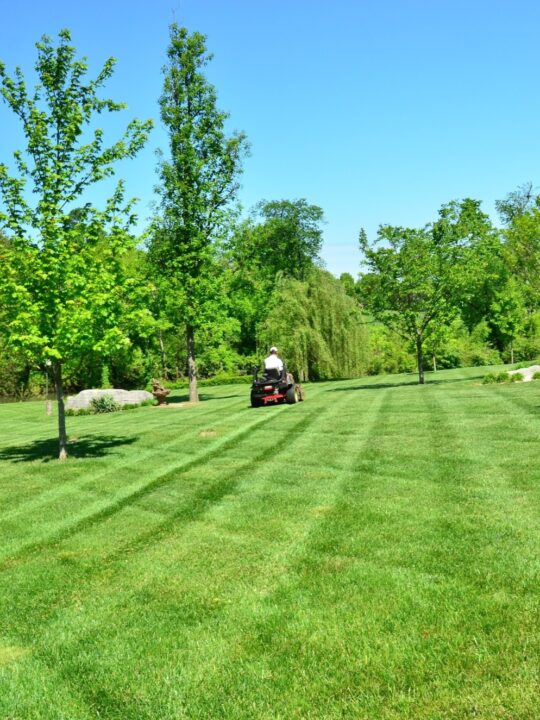 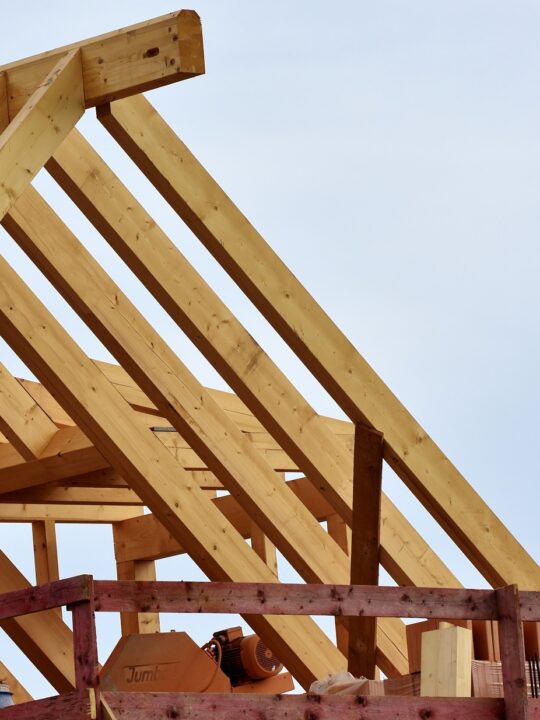 5 Ideas to Pay Your Roof Repairs 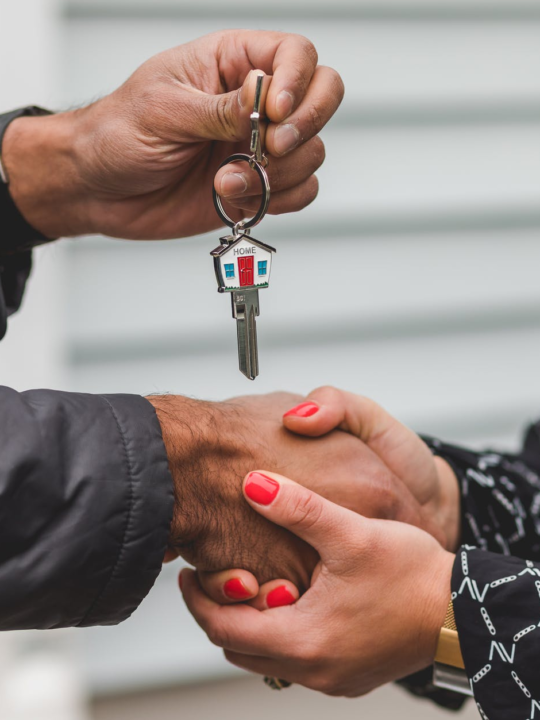 5 Tips for a Fast-Paced Home Sale 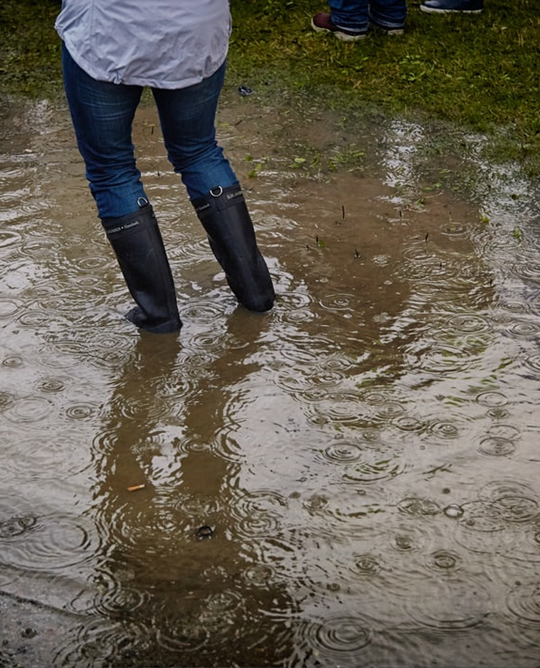 How to Know Your Property Has Experienced Water Damage